The first cricket club in Spotswood was formed in 1891, which was the Spotswood Churches Cricket Club. This club was to be the foundation club that joined forces with the newly created Spotswood Cricket Club in 1929. Westgate Cricket Club amalgamated with Spotswood CC in the 1972/73 season and proved to be very successful with the club’s premiership win in its first season in Senior Division. This only being achieved once before in the annals of the VJCA.

Spotswood Cricket Club has a lot of awards. You can see the description by clicking the following links:
Player Award
Premierships
Life Members 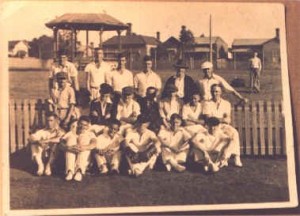